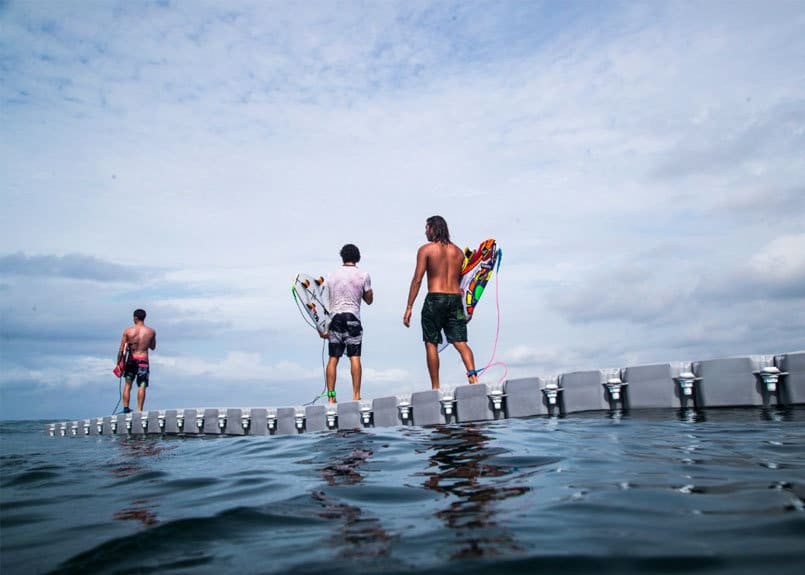 Imagine not having to paddle anymore to catch a surf wave! Stab Magazine and Volcom created the solution with the floating dock company Candock. A 30-metre installation of floating cubes held by a boat offshore, to launch into the waves directly from the water. 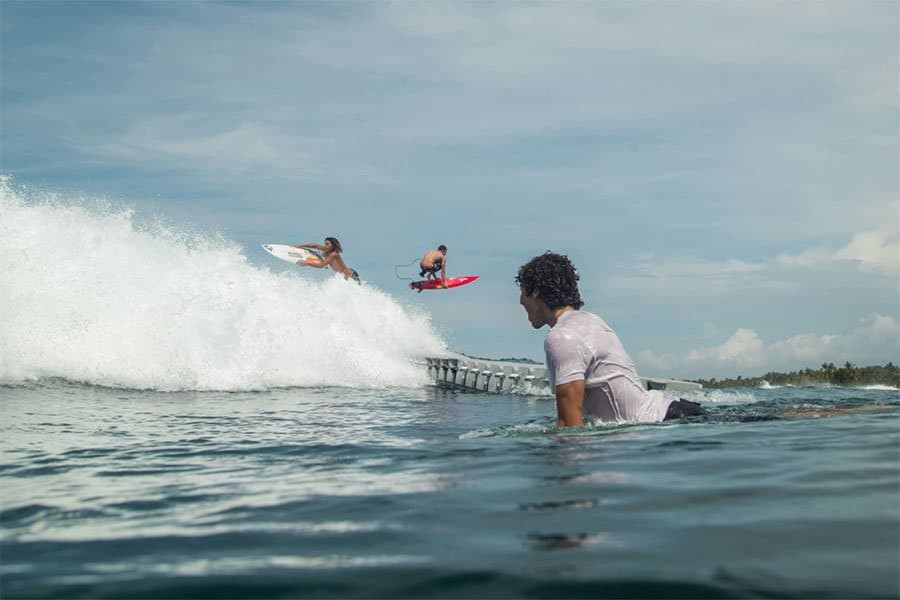 “I’ve got the same feeling you get when you’re getting barreled so much that you kinda go brain dead because you’ve been having so many crazy and fun times” said Noa Deane.

The Dock from STAB on Vimeo.

Since the realization of this crazy project, the company Candock has many requests from surf schools around the world but as Philippe, Candock’ s marketing director, says: “There are big safety risks: a thousand pounds that washes you is dangerous”! But the company is thinking about how to set up a specific product for surfing. Indeed, the company is not on its first major project since it has already developed its docks for the World Rowing Games or created floating trails for bicycle races. 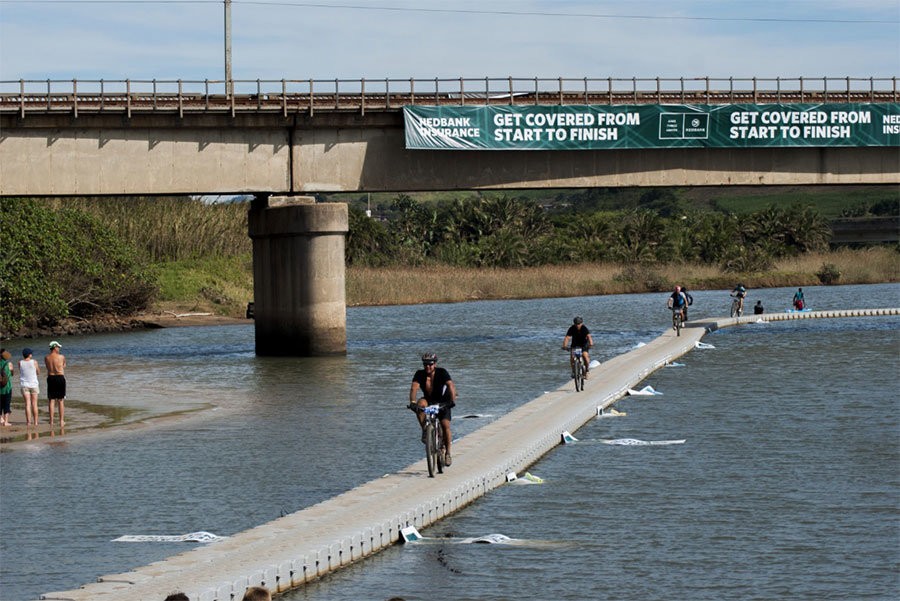 Candock docks are made from a high quality resin (the same as some surfboards) that does not desintegrate in the environment and is resistant to a wide range of chemicals. However, this resin made from petroleum, they still have a problem for the 100% recycling of their products.