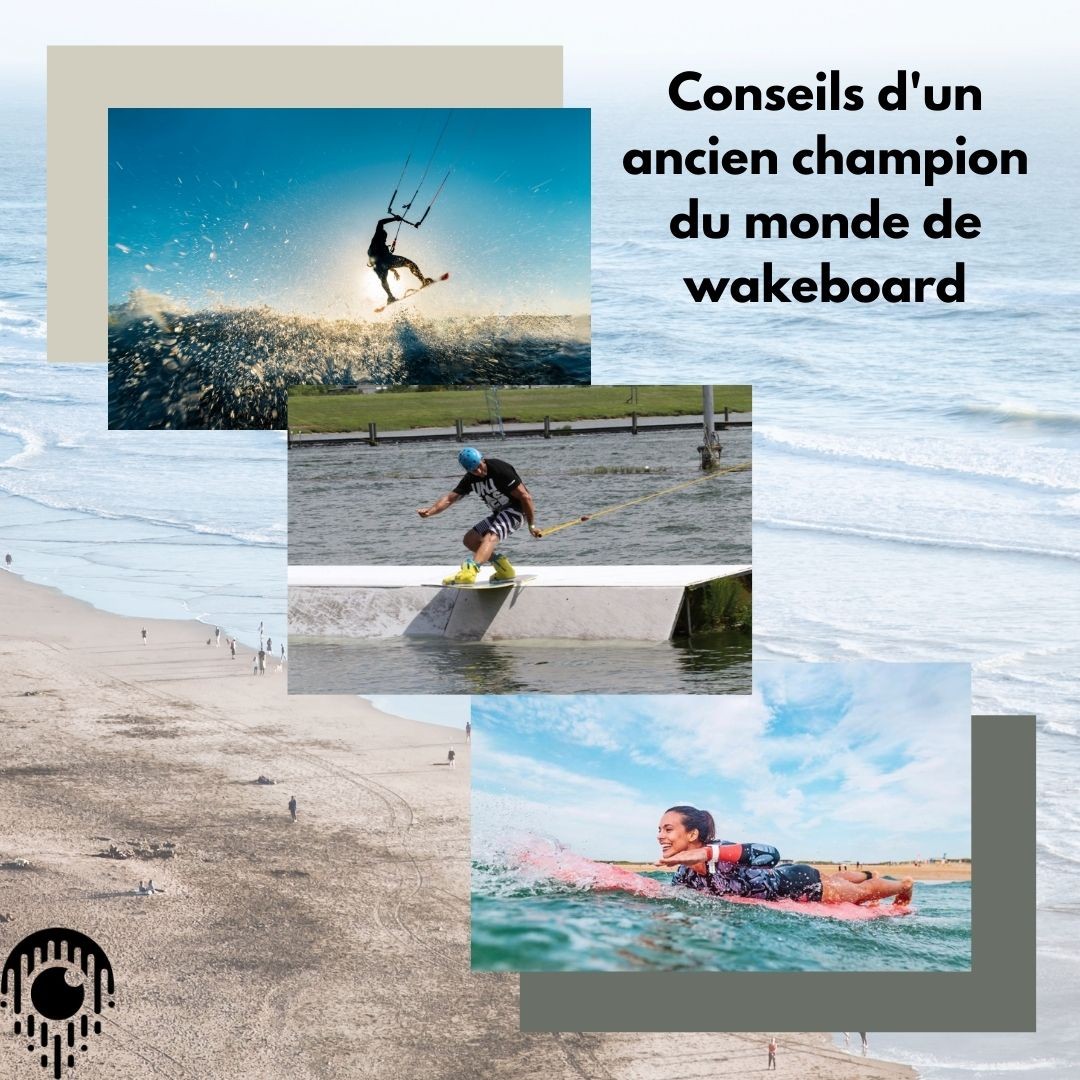 Advice from a pro following the fall of Marine Lorphelin

Recently in the media, I read many comments on Marine Lorphelin's fall on a wakeboard, we wish her a good recovery above all! Reading this news, I wondered how it was possible to avoid falls, how to recover from it, if and if it happens often. Especially since the former Miss is not completely new to water sports !!
In fact, for several years now she has been practicing various water sports such as wakeboarding, surfing, kitesurfing, water skiing ...

Reminder of the facts: she fell on a wakeboard towed by boat on Saturday the 13th while she was having a good time with her boyfriend (very keen on extreme and water sports). This fall caused him migraines and opened his mouth but apparently nothing too serious!
We all hope it didn't affect her Valentine's Day in New Caledonia too much! I don't think this fall will discourage the reckless young medical student that she is!
The proof that a fall can happen to anyone, but then what was due? and how can we avoid them?

So I asked for his opinion and some advice from a board sports expert Philippe Sirech (World wakeboard champion, freestyle ski competitor and former alpine hunter)!

So Philippe, are you aware of this fall of Mlle Lorphelin?
"In fact, I noticed in the media that she was injured on a wakeboard - Unfortunately and as in any sport, the risk of accident is omnipresent"

Marine Lhorphelin said:
"Wakeboarding is a 'risky' sport, falls can be violent due to the speed of the boat."

You confirm, Does the violence depend on the speed of the boat?
Yes wake falls can be very violent not only because of the speed but also from the waves that are present when being towed by a boat. What happened to Marine is probably due to the wave. I think she did a counter care before. Her board must have come in the wake and so she was brought to a stop by the water. This also happens in snowboarding, but the snow makes the fall less violent. In wakeboarding we all go through this fall at least once believe me! Getting stopped dead like that on a wakeboard feels like hitting a wall!

For you, falls from a boat are worse than in a cable park?
From experience I would say that falls in boats are more violent than in cable because waves can come above the board and therefore make us deviate from the wake. But personally, I don't have a preference. I love both and the falls don't change that!
For beginners on twin pulley cables, learning may be easier because the speed is adapted according to your level, your ability to get out and ride on the water. Normally, once you are experienced on the twin pulley, you are ready for full size and less risk of falling. Note, however, that with the boat, the speed can be adapted but depends on the quality of your pilot! However, as in all sports, as soon as you try new tricks, you try to have new sensations, the risk of "mess" also increases.

This fall had different consequences, apparently don't worry she has already recovered but she said:
“It's not my first crash but this one knocked me out enough. I was stunned for several minutes, a little lost for a good half hour. I cut my mouth (on the brake) and had severe headaches all day."

Philippe, What advice would you give to Marine?
She should stop wakeboarding .. I'm kidding of course! You have to fall to progress, that's important! Now the most important thing is to rest and avoid sports for at least two weeks. After a violent fall and depending on our body resistance, it will take more or less time to recover. But, I strongly recommend going to see your physiotherapist after such a fall!

And what do you recommend for beginners or even experienced to avoid falls on a wakeboard?

Train regularly of course, think carefully about the joints and in particular the knees by working on their strength and resistance. Some exercises to repeat regularly on a daily basis: squats and the chair (against a wall). Before each session you have to warm up well, stretching is very important! I also think that having good quality material that is suitable for you is the basis. You need a suitable board (about ¾ of your size) and well-fitting shoes that hold the foot. And obviously have the appropriate protections: helmet and vest!

And you, has it ever happened to you?
Of course that has happened to me before, especially when you start, when you fall you learn, that's how you progress!

Does this still happen to you sometimes despite your high level?
Haha! Yes, now it happens to me less often but it's either out of carelessness or if I try new tricks.

Thank you Philippe for this good advice!

What I remember is that you shouldn't be afraid of falling or never get back on a board after a fall. That daily training and exercise is the key to limiting trauma following a fall.
"You have to fall to learn" he is absolutely right so if you sometimes fall don't be discouraged, it happens to everyone and it is part of learning!