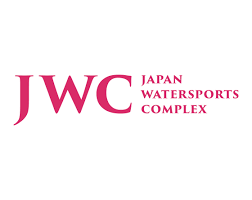 is a facility where you can fully enjoy wakeboarding just 20 minutes from Osaka and Kobe.

In Japan, you can enjoy cable wakeboarding in Nishinomiya with JWC and "Stone Wake Park" in Oita Prefecture!

Wake Park Basic Guide
Besides the "wake park" does not allow conventional wakeboard towed by boat or jet
Since it uses an electric motor as a source of energy, it is a pollution-free installation that emits neither exhaust gases nor CO2. In addition, in the water is agitated (agitation) by a wakeboard aeration (aeration) effect there is, will also help in the purification of the water.
The cable system, which is much easier than conventional towing by a powerboat, is a safe and easy game that allows more general entry for women, children and the elderly. It is also creating a new market by being a great trigger to attract users of the youth board culture (snowboard, skateboard, etc.) to water sports.
* Aeration: blowing air or stirring to provide the necessary oxygen for microorganisms to break down organic matter
.

Germany, which has a high environmental standard, is said to have regulations for the movement of boats on rivers, lakes, etc. are strict and a cable system has been developed so that people can enjoy the water.
There are already around 150 active wake parks around the world, mainly in Europe, where environmental awareness is high.
The cable system that started out for water skiing has been redone due to the worldwide popularity of wakeboarding and is growing worldwide as a wake park.
In recent years, it has been opened one after another in Asia, such as Singapore and Indonesia, which is one of the largest integrated facilities in the world run by the Philippine state cum sar, and several dozen d 'facilities are still under construction. I do not know.
The World Wakeboard Association (WWA), which manages the world of wakeboarding, launched a wake park tour in the United States in 2007, and in 2008, launched a World Series that spans five continents. The World Series, held in the Philippines in July, drew around 300 athletes from 23 countries.
Wake Park is a standard facility in every waterfront recreation country except Japan.

3. Current state of ski-lift in Japan

The first opening was carried out on a trial basis in 2004-2005 in Omaezaki, Shizuoka prefecture.
In recent years, it was held in event style for a short time last year in August 2006 at Odaiba Seaside Park in Tokyo.
At present there are only a few ski lifts in Japan, and the ones that are currently installed permanently are the JWC (Japan Watersports Complex) and the STW (Stone Wake Park) in Oita Prefecture. .