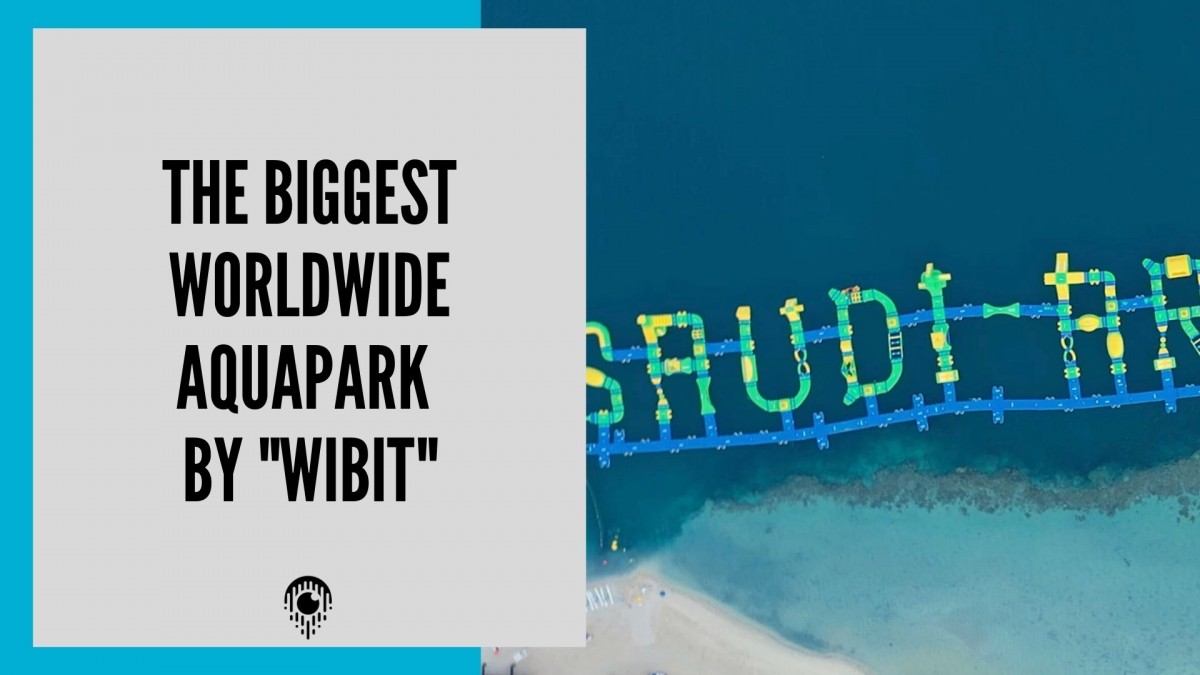 The German company Wibit Sports, the world's leading floating water park brand, continues its success story! After the GUINNESS WORLD RECORDS©-title in 2019 for the worlds largest inflatable water park forming the word “Indonesia”, an even larger floating park, the "Saudi Arabia"-TAG with a capacity of 700 people has been now installed at Pure Beach in King Abdullah Economic City, Saudi Arabia.

With the innovative WibitTAG-system, the colorful play modules forming any letter, number or symbol can be put on the water to form individual messages. Due to the unique modularity of Wibit Sports-products, any location can be given an individual identity. In King Abdullah Economic City, the letters "Saudi Arabia" represents not only a floating playground but also an eye-catching communication-platform.

Within just four days, the 17-ton water park, which consists of more than 200 inflatable modules, was transported from the company's headquarter in Bocholt, Germany, to Saudi Arabia. The five- person Wibit-installation-team installed and set up the park in record time. The operator Blue Limits, a local Saudi company, hosted it ́s opening in august.

This project marks another milestone for the Bocholt-based company, which is celebrating its 25th anniversary this year and installed SportsParks in 100 countries around the globe. On a size of 195 meters x 32 meters, locals and tourists, children and adults alike can experience water fun in a new exciting way.

See the other aquapark articles on spotyride  les Aquaparcs