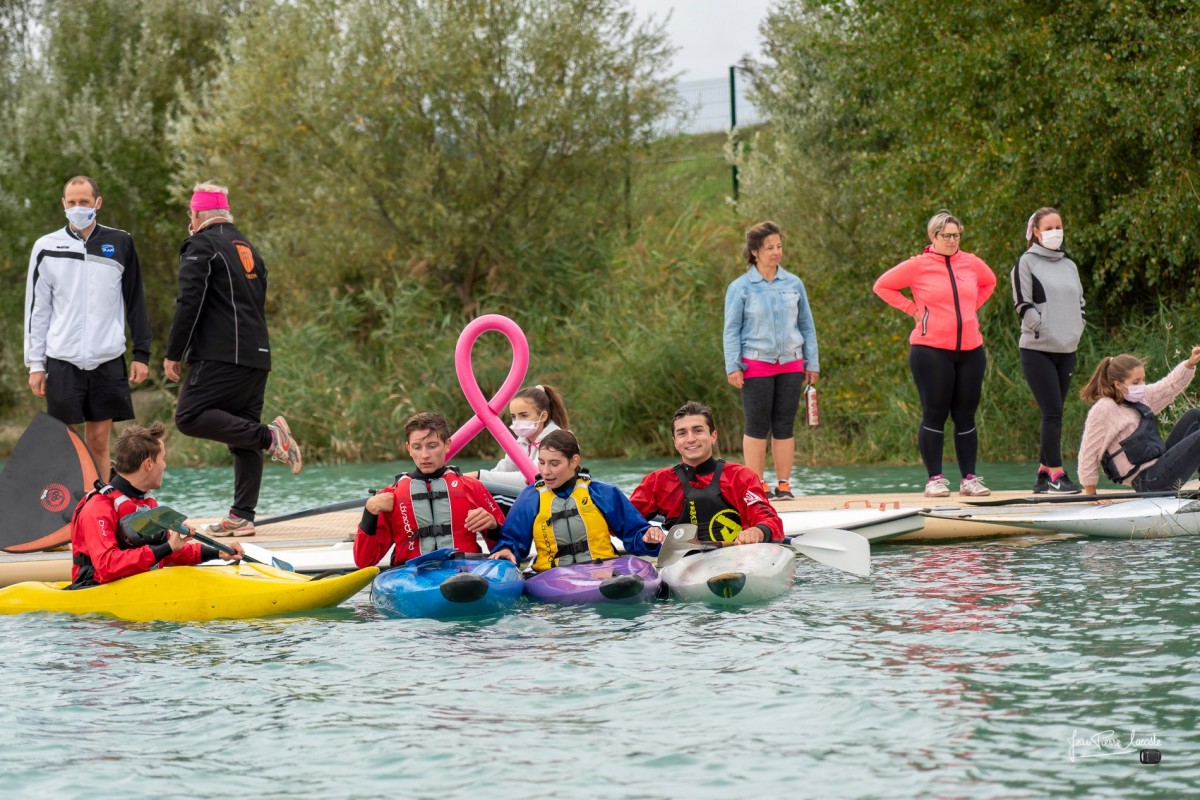 Symbolic nautical actions for the month of October pink

The month of October puts on its pink ribbon every year. During the month, multiple campaigns to fight breast cancer are implemented.

The 27th Pink October campaign organized by the Pink Ribbon Association is coming to an end. The aim of this month is to support medical and scientific research on the disease, but also to facilitate information on the disease.

Associations then organize fund-raising to finance research, while other organisations set up awareness campaigns and information campaigns on the disease, treatments, risk factors, etc.

In the world of water sports and activities, many people participated in their own way in this pink month.

The Spotyteam wishes to honor them and share with you their exploits!

The young boy crossed 40km of swimming on Saturday, October 10th as part of October pink. His departure was from Saint Lucia Bay at 5:10 am. He was expected in Sainte-Anne where he arrived at 7:00 pm. The young man swam exactly 13 hours, 50 minutes and 47 seconds in the waters of the Atlantic Ocean. During his nautical journey, the boy was accompanied by his father who followed him aboard his canoe, but also by his coach and doctors.

He dedicated his action to his mother, suffering from the disease.

The young man said, “There were times when I doubted, but because it was for a good cause, I thought I had to continue.”

He assured the journalists "to start preparing soon for a new challenge".

We salute this mental strength that has not weakened since 2018, when he realized the incredible challenge of swimming already 26km. 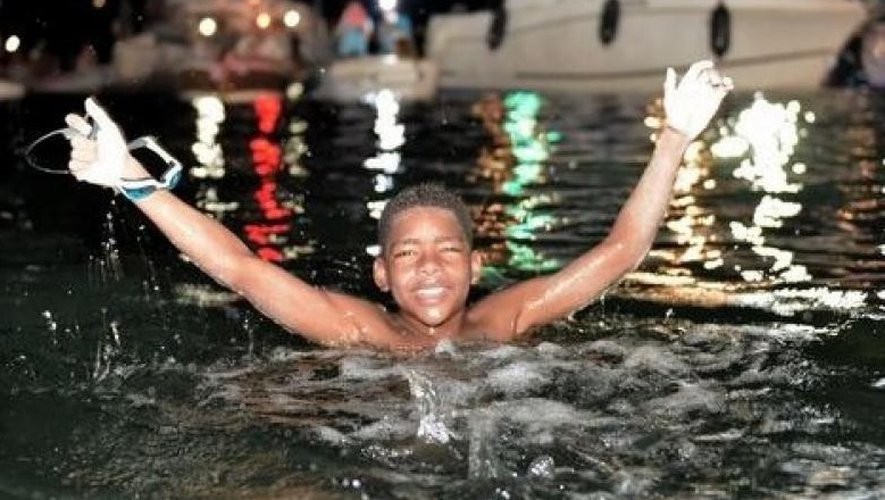 2) Healthy rowing at the Nautic & Athletic Club in Rouen

Numerous scientific studies have amply proven the positive effects of sport in the fight against the disease. For October 2020, the Nautic and Athletic club of Rouen has proposed a new activity!

Healthy rowing is now in place at the club, respecting sanitary instructions and barrier gestures. Everyone will be able to come and empty their head while taking it out by practicing a sports activity and thus making work his muscles, his lungs and his blood circulation.

Various rowers were therefore set up in front of the waters of Normandy. 3 sports professionals and coaches work together to propose a sports practice adapted to the disease.

You can see a little brief of the journey here : Healthy Rowing in Rouen

3) Nautical day October Rose at the Nautical Center of Pornic

To start the month dedicated to the national campaign against breast cancer, The Nautic center of Pornic decided to organize a sports day. On the program, sports but also moments of exchanges, sharing and good atmosphere.

The main objective of the day was to offer women in treatment or in remission to navigate safely.

Sailing, rowing, there was something for everyone.

Coaches and physiotherapists were present to accompany the women throughout the day.

The association SOS Breast Cancer proposed to the women victims of breast cancer to embark on sailboats to participate in the Royal Regatta of Nice. At 25 knots, 17 crews boarded their vessels to set sail. In the sea, women were able to take a break and try to forget the illness for a moment. A sporting day for the 17 women who were able to join crews and share good moments in an excellent atmosphere.

The boats took to the sea while the women suffering from the disease were able to "forget" the disease for a day thanks to a large bowl of fresh air and strong sensations. 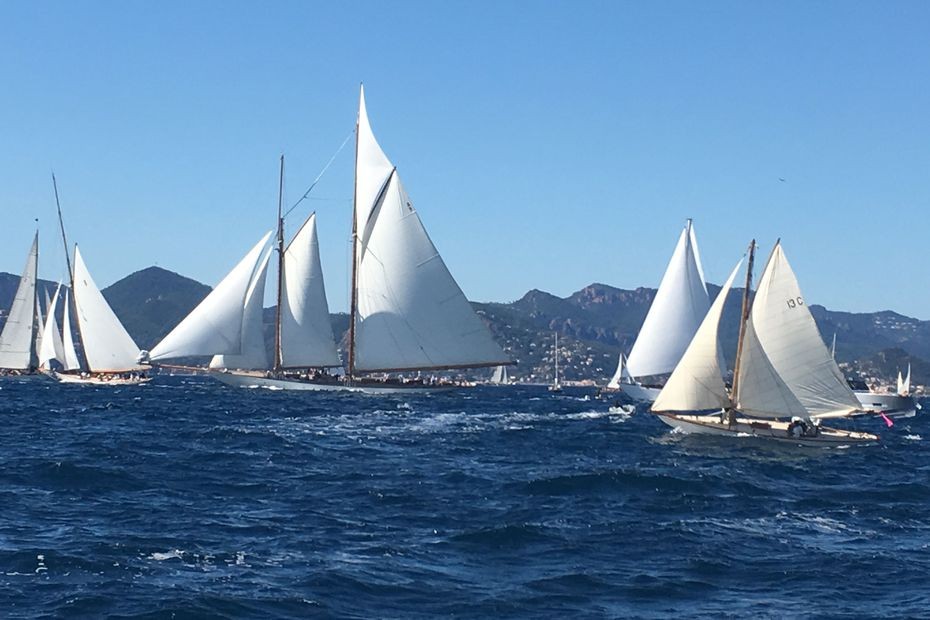 Donations collected during the day are donated to the Rose up association. Rose up brings information and testimonies of people affected by breast cancer and proposes concrete solutions to support women with Cancer. 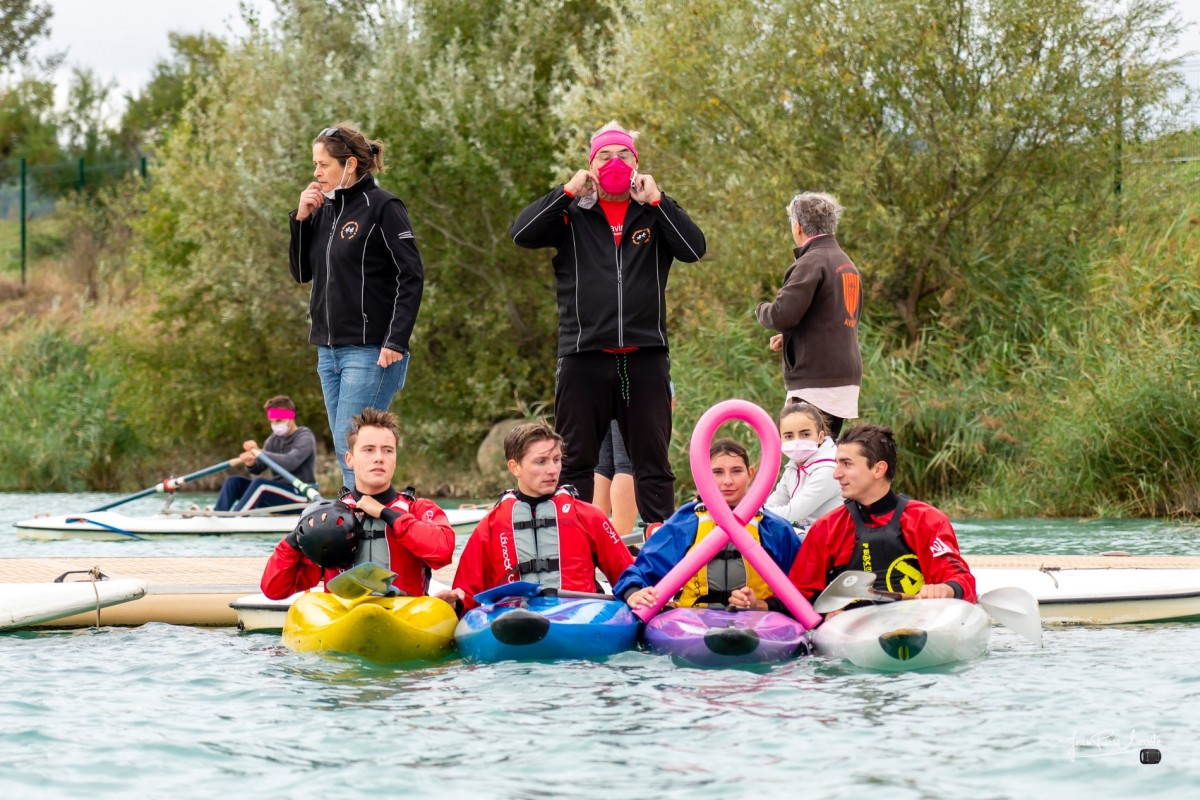 For enthusiasts, amateurs and professionals of the nautical sector, this pink October will have been the opportunity to participate, each in its own way, in the fight against breast cancer. There are many cases of breast cancer, since one in eight women is at risk of developing this disease. Let’s talk about breast cancer!

Pink October
Previous Not to be missed, the Boatshow.fr opens...Next The come back of watersports activities...
0